Perhaps you have never thought of it this way but ... in 1776 the United States was essentially a Third World nation. I realize that was a long time ago and we have no perspective on that time except for what we read in our history books. But think about it! The mass of land we now know as the United States of America was a poor, backward, sparsely populated, undeveloped piece of real estate.

Only recently did this thought come to mind as I was reflecting on the troublesome lives I have seen in several African Third World countries. I say troublesome because, indeed, some of these people, through no fault of their own, have little hope or promise of ever getting out of the "rut" of poverty largely because of where they live ... namely in a country which is poor, backward, perhaps not so sparsely populated, but certainly undeveloped.

So I wondered to myself, how did countries like the United States and Canada and New Zealand and Switzerland and so many others become what they are today? Were they simply "born" rich? Well, we know that's not true! So how did they break the "vicious cycle" theory of poverty which holds that poor countries are poor because income is so low that savings cannot be generated to provide the kind of capital accumulation necessary for economic growth. According to this theory the only way out of the poverty quagmire is foreign aid, financial assistance from an outside source.

But surely there were no foreign aid handouts and no World and/or International Monetary Fund loans made available to the United States back in 1776! We had no economic development experts, no developing country consultants offering their professsional opinions during our economic development, no nation-building organizers, no financial aid benefactors.

So how did we do it?

Taking a close look at developed nations, one can see several outstanding characteristics. People tend to have more personal liberty. Property rights are protected. Contracts are enforced. There is a rule of law and, finally,  there is a market-oriented economic system for conducting business.

When you look at the United States this is certainly what you see: personal liberty, property rights, rule of law and a market-based economy.

However, in many Third World countries, even where there has been substantial foreign aid, tyrant-type leaders have abused their economy by siphoning off funds for their own pet projects that make little economic sense. They have paid off cronies who support them or bought military equipment which is then used to suppress their own people. And, in too many cases, they have set up multimillion dollar, out-of-country bank accounts in their own names.

My heart goes out to educated nationals of Third World countries who have no job opportunities because as Christians they are unwilling to pay the substantial "interview fee" to get in with the right people. I fear for the plight of young farmers who have the desire to change procedures for growing crops or keeping herds, but whose ideas are thwarted by tradition. I agonize for those faithful brothers and sisters in Christ who try to work reform within their own system of government and within the confines of Christian principles, but face frustrating opposition and sometimes oppression.

I know too many people in these situations and it breaks my heart.

It is of little comfort, but in the midst of this, I encourage these brothers and sisters in Christ that the Lord Jesus is building His church and that "the gates of hell will not prevail against it." Unforunately, that building often comes with a cost and that cost is often a hardcore commitment to the person of Jesus Christ ... no matter what happens. And I am amazed at how many of these faithful Christians are willing to make that kind of commitment.

A young pastor in a very troubled African country was martyred for his faith. In his office the following note was found after his death. We all need to prayerfully consider this testimony and be challenged by its love and commitment to the Lord. The martyred pastor wrote:

I am part of the fellowship of the unashamed. The die has been cast. The decision has been made - I am a disciple of His. I won't look back, let up, slow down, back away, or be still. My past is redeemed, my present makes sense, my future is secure. I'm finished and done with low living, smooth knees, tamed visions, worldly talking, cheap giving and dwarfed goals.

I no longer need preeminence, prosperity, position, promotions, plaudits or popularity. I don't have to be right, first, tops, recognized, praised, regarded, or rewarded. I now live by faith, lean on His presence, walk by patience, am uplifted by prayer and I labor with power.

My face is set, my gait is fast, my goal is heaven, my road is narrow, my way is rough, my companions are few, my Guide is reliable, my mission is clear. I cannot be bought, compromised, detoured, lured away, turned back, deluded or delayed. I will not flinch in the face of sacrifice, hesitate in the presence of the enemy, pander at the pool of popularity, or meander in the maze of mediocrity.

I won't give up, shut up, let up, until I have stayed up, stored up, prayed up, paid up, preached up for the cause of Christ. I am a disciple of Jesus. I must go till he comes, give till I drop, preach till all know, and work until He stops me. And, when He comes for His own, He will have no problem recognizing me ... my banner will be clear!

WOW!!! That is hardcore commitment!!! So, pray for Christians around the world that they will be comforted in these times of uncertainty by the fact that Jesus Christ is even more committed to them than they ever could be to Him. He will never, never leave or forsake them ... nor us!

Blessings on your weekend ... 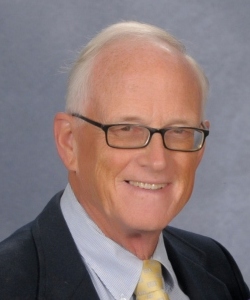